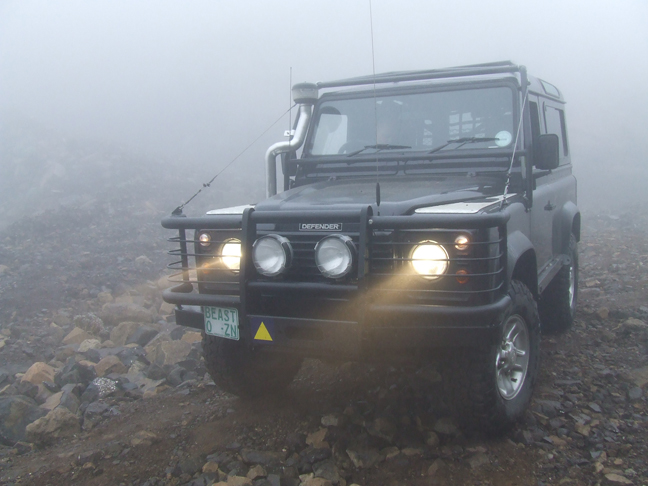 MLRHAS: How did your passion for Land Rovers start?
AH: I have a friend that used to own a ’67 Series II Shorty and we used to go everywhere in it. I still have a number of short stories that I felt important to keep, as we termed them back then after many beers, whisky and pipe tobacco…Zer Diaries of zer grien land rover… The smell of a Series Landy will instil in anyone the same levels of connoisseurship as one develops for single malt whisky. I soon owned a ’76 Series III Shorty and that was then…

MLRHAS: How many Land Rovers have you owned?
AH: Four

MLRHAS: Do your Land Rovers have a name? If so, what is the name?
AH: Beasto

MLRHAS: What is your most memorable Land Rover moment?
AH: Driving up Sani Pass just after a land slide had cut through all the switchbacks at the top…in the thickest mist (cloud) I have ever driven in, with my missus walking ahead to check that there was still road to drive on. In two places, my landy just sniffed the rock face on the left with no room to move right. It was an awesome experience up and down and one that I wouldn’t shy away from if I had another opportunity.

MLRHAS: What is your favourite accessory on your Land Rover and why?
AH: Hard to choose…I love my full roll cage with the spots. I also love the winch. Then of course there’s the heated seats for those cold mornings and nights..Hmmm

MLRHAS: Complete the sentence: My Land Rover has a Soul because…
AH: it too requires attention or it sulks.