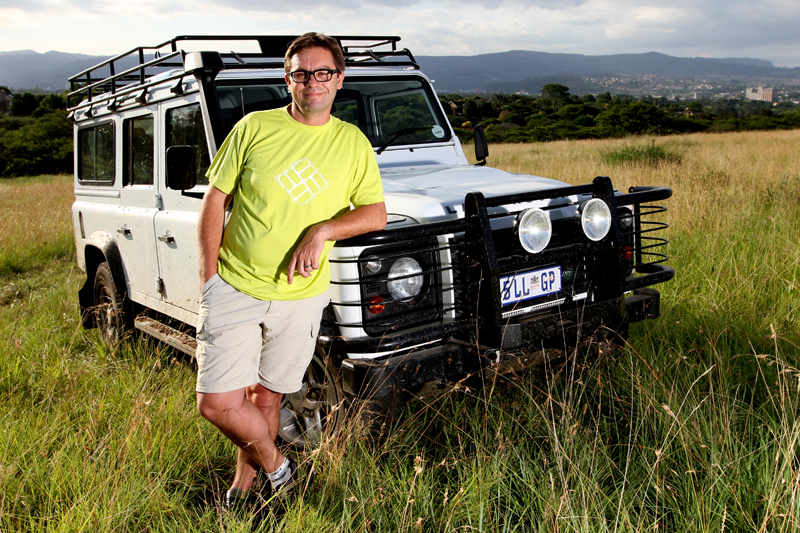 MLRHAS: How did your passion for Land Rovers start?
CD: I have loved Land Rovers and wanted to own one for a very long time but my passion was ignited when I shot a Mountain Bike event called Tour de Tuli where the Land Rover Owners Club was assisting. Seeing those Land Rovers drive through the Limpopo river started a hunger for owning Land Rovers that would never be satisfied.

MLRHAS: What was the first Land Rover you owned?
CD: Discovery 1 300tdi

MLRHAS: How many Land Rovers have you owned?
CD: 3

MLRHAS: Do your Land Rovers have a name? If so, what is the name?
CD: I haven’t really got around to naming my Land Rovers but I do think my P38 should be called “Fugly”…

MLRHAS: What is your most memorable Land Rover moment?
CD: My most memorable Land Rover moment will be when my wife and I organised the 2012 Land Festival (we actually did another 3 Landy Festivals after that) which featured a convoy of 1007 Land Rovers that was 24 km long. We attempted to break the Guinnes World Record (which was 347 at the time) but didn’t get the record because of technicalities. We still had 1007 Land Rovers in a convoy.. That was a big day!

MLRHAS: What is your favourite accessory on your Land Rover and why?
CD: I really like our Front Runner Slimline II Roof Rack on the Disco 3. We use it a lot when going on trips.

MLRHAS: Complete the sentence: My Land Rover has a Soul because…
CD: When ever I climb into my Landy it’s like visiting a best friend. Just being around my Land Rover (or seeing a Land Rover on the road) lifts my mood.