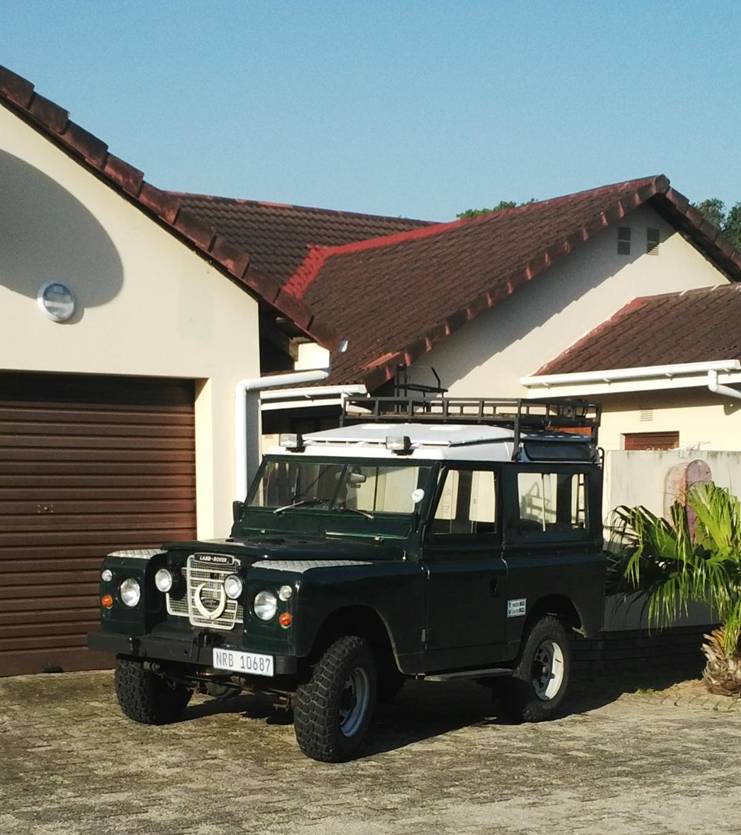 MLRHAS: How did your passion for Land Rovers start?
DvdL: Growing up in then Rhodesia my dad always had an old landy and driving around the farm with the doors off, going hunting and fishing in the Zambezi with the landy. Everyone had a landy those days and I always promised myself I would own an old series landy one day.

MLRHAS: What was the first Land Rover you owned?
DvdL: The first landy I have owned is a 1969 series 2A 88″

MLRHAS: How many Land Rovers have you owned?
DvdL: This is the first but not the last

MLRHAS: Do your Land Rovers have a name? If so, what is the name?
DvdL: NGIRI Swahili for Warthog hence the warthog teeth.

MLRHAS: What is your most memorable Land Rover moment?
DvdL: Tearing through the bush on the back of a pickup at night with a spotlight chasing springhares but any moment with a landy is memorable, lying under the landy covered in oil and grease is memorable.

MLRHAS: What is your favourite accessory on your Land Rover and why?
DvdL: No extra accessory’s needed. A spade, a block of wood for the jack and an axe is all thats needed to get out of trouble. Have a small vice bolted to the front bumper helps with field repairs.

MLRHAS: Complete the sentence: My Land Rover has a Soul because…
DvdL: It’s a landy they all have a mind of their own and their own character.