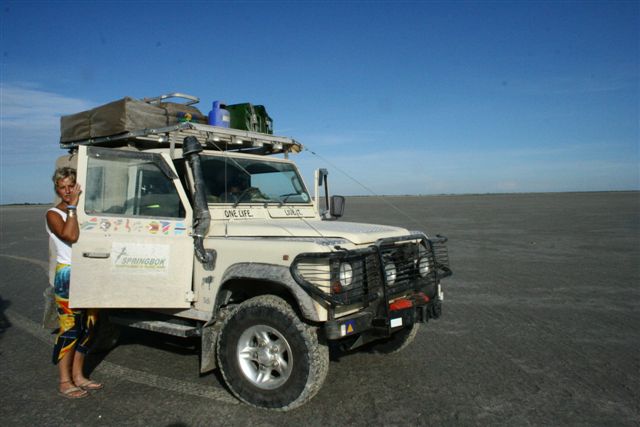 MLRHAS: How did your passion for Land Rovers start?
DM: Met up with a man nicknamed “Wildebeest” who introduced a boring accountant shuffling papers all day to the other side of life….bush life with his Landy “Dagga Boy”! Eternally grateful to him for exposing me to the war we are fighting daily in conserving and protecting all endangered species…a passion now instilled in me and even though our paths may have parted soul mates we will be forever.

I earned the nickname Flea….by biting and apparently the itch then boggles the mind  The Landy bug however bit me big time and so
the journey started with the very appropriated name me thinks “Flea”…a nineteen voetsek character of note Defender 90 pick-up
clocking 289000km!

MLRHAS: What was the first Land Rover you owned?
DM: 1996 Defender 90 Pick up

MLRHAS: How many Land Rovers have you owned?
DM: 2… Now a proud owner of a Landy 110

MLRHAS: Do your Land Rovers have a name? If so, what is the name?
DM: Flea…a bug that bites 🙂

MLRHAS: What is your most memorable Land Rover moment?
DM: Together we tackled a epic journey in December 2010…16 days, 6500km, 7 countries off the beaten track ….a life changing journey that changed my perception of life forever! A mutual bond formed between the two of us…42 degree heat daily, no aircon, worn out engine, physically speaking to each other on a continual basis, begging her not to let me down, piss oil or give up swimming when crossing the flooded Pans… and this little thing surprised all by reaching Kubu Island on New Year’s Eve… after being told by many that we would not make day 3 of the journey! Soul she had and soul she has passed on to me.

MLRHAS: What is your favourite accessory on your Land Rover and why?
DM: Roofrack…load her to the T and off we go.

MLRHAS: Complete the sentence: My Land Rover has a Soul because…
DM: Soul she has given me…Life is a journey