Warning: fopen(/home/domains/vol1/607/1552607/user/htdocs/wp-content/uploads/wpcf7_uploads/.htaccess): failed to open stream: No such file or directory in /home/customer/www/mylandroverhasasoul.com/public_html/wp-content/plugins/contact-form-7/includes/file.php on line 247
 Kevin Humphrey – Jonesboro, Arkansas, USA | My Land Rover has a Soul - A Land Rover Book 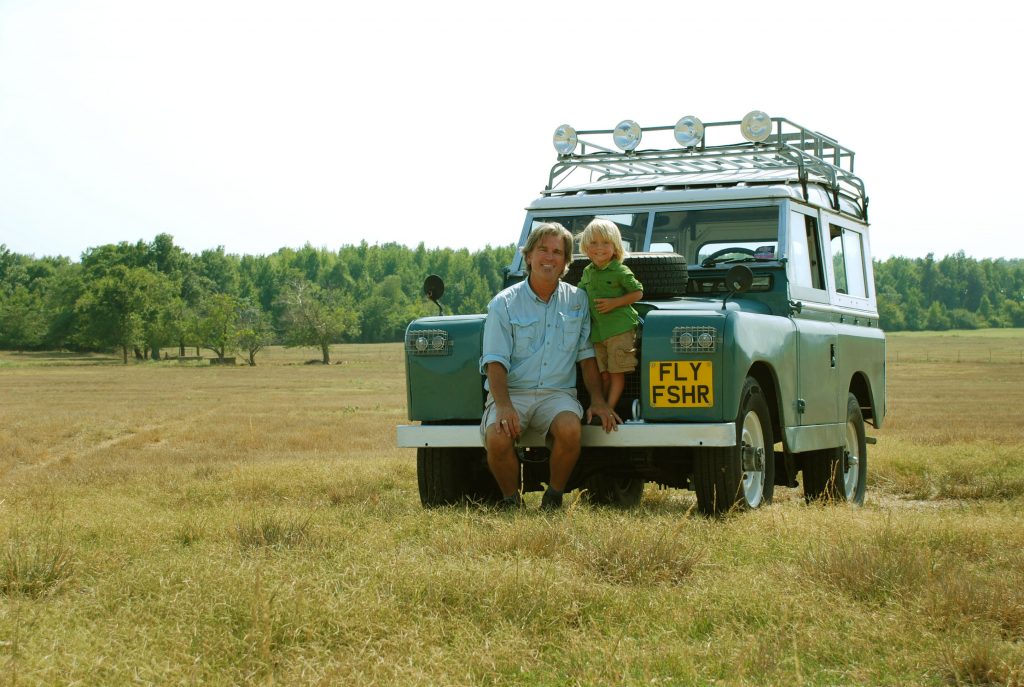 MLRHAS: How did your passion for Land Rovers start?
KH: When I was a young boy watching a weekly show that had Land Rovers on it.

MLRHAS: How many Land Rovers have you owned?
KH: 2

MLRHAS: What is your most memorable Land Rover moment?
KH: After I restored Matilda and got her back on the road after a pretty
bad wreck.

MLRHAS: What is your favourite accessory on your Land Rover and why?
KH: The full roof rack. My grandson loves for me to sit up there with him.

MLRHAS: Complete the sentence: My Land Rover has a Soul because…
KH: she totally stands out amidst all the cheap, plastic, look alike cars
on the road today and appears to enjoy it.