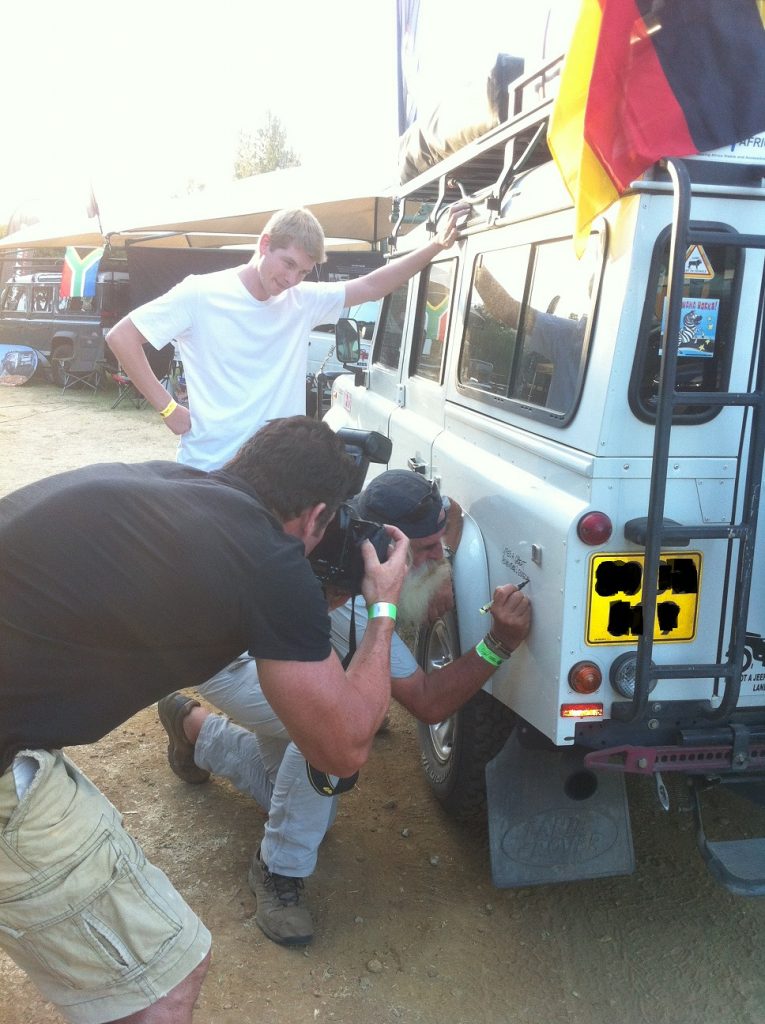 MLRHAS: How did your passion for Land Rovers start?
MD: I always loved the iconic shape of the Defender. After four years working for the German Government in Mumbai/India I got a new assignment in Botswana and just had to buy one! On my first day here in Gabz I signed the Deed of Sale for Josie (my Defender) – at that time I didn’t even start looking for a house or flat…….. :o) That was in 2011, meanwhile I found the love of my life Christine with her two kids Emely and Sasha, got married to her and became an awesome step-dad :-).

By the way: When I first met Christine she said “Wow, the Defender is
yours? I love them”……… ;o)

MLRHAS: How many Land Rovers have you owned?
MD: 2

MLRHAS: Do your Land Rovers have a name? If so, what is the name?
MD: Josie

MLRHAS: What is your most memorable Land Rover moment?
MD: I call it the “Kingsley Moment” – every time you start the engine and you go on a journey……… prob. to work :o)

Serious, the most amazing moment was being a part of the Landy Festival Convoy 2012

MLRHAS: What is your favourite accessory on your Land Rover and why?
MD: Kingsley Holgate’s signature on Josie! Recently our Vet here in Gabs was stunned: “Kingsley really sign your Landy?” :o)

MLRHAS: Complete the sentence: My Land Rover has a Soul because…
MD: if our Landy Josie has to spent some days at the workshop, my 9year old daughter Emely keeps on asking if she’s doing ok and that I have to promise her that Josie is not feeling alone.