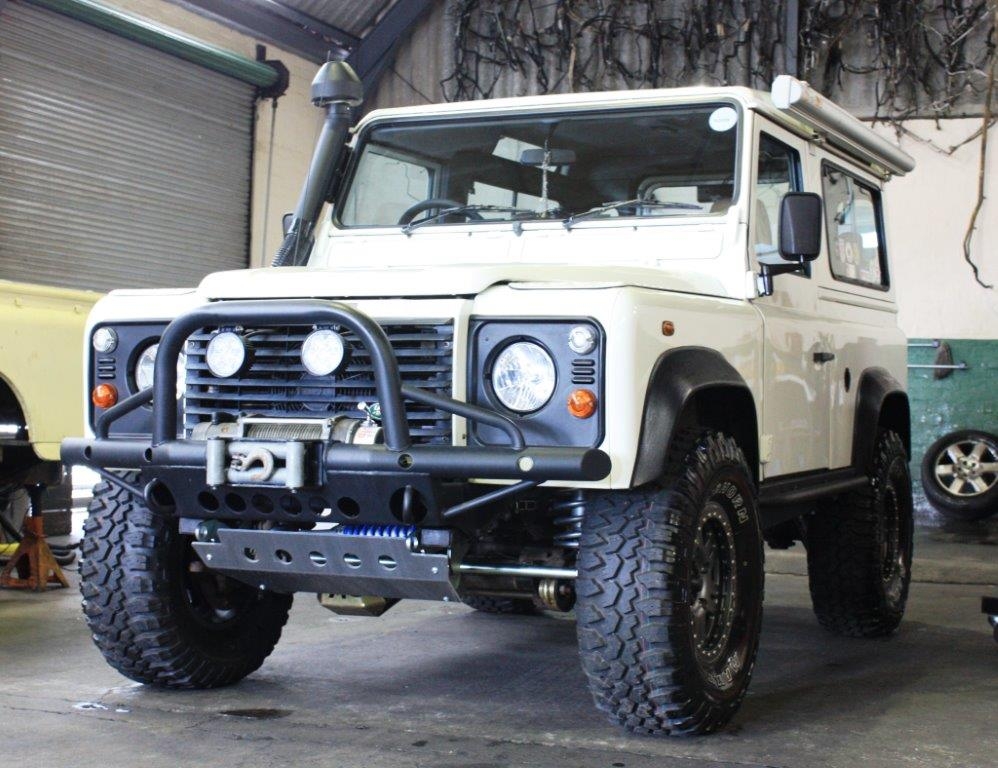 MLRHAS: How did your passion for Land Rovers start?
PB: It started when I was a youngster and they always had those Camel ads at the bioscope or drive-ins with the Camel man doing his thing. Of course the Camel Adventure used to be the ultimate test and probably the fantasy of many boys! Nowadays we have a new G-class CDI300, but the landy is family and will always be. The passion is still there and I would love a Series 1!!!

MLRHAS: How many Land Rovers have you owned?
PB: I still have the same one!

MLRHAS: Do your Land Rovers have a name? If so, what is the name?
PB: It is called Moemfie after a cartoon elephant. The rear mudflaps used to remind me of the flapping ears of a baby elephant running…

MLRHAS: What is your most memorable Land Rover moment?
PB: We’ve had plenty of amazing trips and we have been blessed to have the
opportunity to live it. I would have to say exploring north of the Okovango Delta after crossing over at Mohembo with the ferry and then navigating all the way to Savuti using a very old GPS. No T4A, etc!! We went all the way up to Kasane and then Vic Falls followed by a long drive back to Cape Town

MLRHAS: What is your favourite accessory on your Land Rover and why?
PB: We recently took the 90 to Andrew Faber from LR Service Centre in Southfield, CPT for a complete suspension upgrade, respray and a host of other items. She looks stunning and brand new and is obviously fitted with a host of new goodies.

My favourite is still my dual battery system. Sitting alone in the Central Kalahari having a G&T WITH ICE on a hot summers day is the dogs bollocks.

MLRHAS: Complete the sentence: My Land Rover has a Soul because…
PB: it is not perfect. There’s been days when you want swear at it and then again days when you could hug it for pulling you through unimaginable obstacles. It does what it says on the label and you cannot ask for more than that!