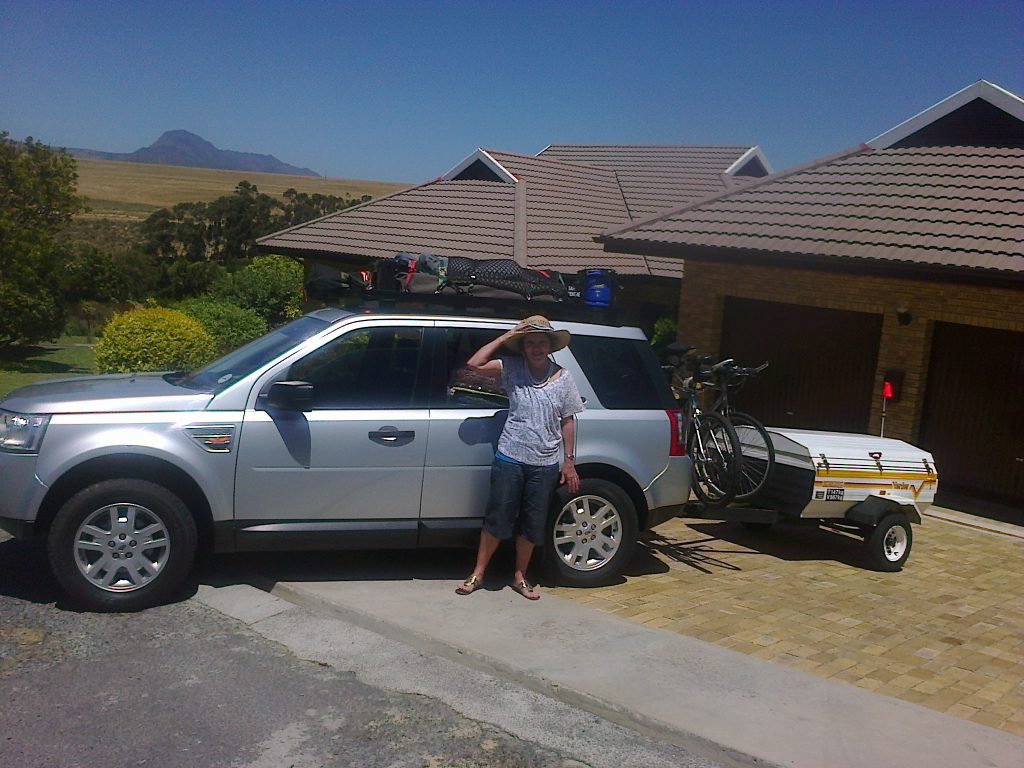 MLRHAS: How did your passion for Land Rovers start?
PH: My dad bought his first Land Rover in 1955 – brand new. Used him on the farm in the Karoo – even to plough! Replaced in in 1965 with a brand new diesel Landy. I learn to dive in the 1st Landy and one day had to drive him out to the farm – 70 kilometer dirt road as my Dad had two cars in town, and I was only in Standard 1 – nowadays grade 3 and not even 10 years old!

MLRHAS: What was the first Land Rover you owned?
PH: My 2007 Freelander 2 SE is my first Landy

MLRHAS: How many Land Rovers have you owned?
PH: Still only the Freelander 2

MLRHAS: Do your Land Rovers have a name? If so, what is the name?
PH: The Freelander’s name is “Frikkie”

MLRHAS: What is your most memorable Land Rover moment?
PH: Driving up and down Sani Pass as if it is a tar road and our trip through Botswana and then back via Kang, Hukuntsi, Kaa to
Nossob in the Kgalagadi was unbelievable.

MLRHAS: What is your favourite accessory on your Land Rover and why?
PH: I fiited a Front Runner roof rack with 8 mounting points and Frikkie really looks “cool” with the roof rack and all the camping goodies on top.

MLRHAS: Complete the sentence: My Land Rover has a Soul because…
PH: I can not help to smile each time I go into the garage (that needs the guys from garage door repair cypress to fix some tweeks) and see Frikkie. Everybody notice Frikkie – he shows a “presence” wherever he goes!