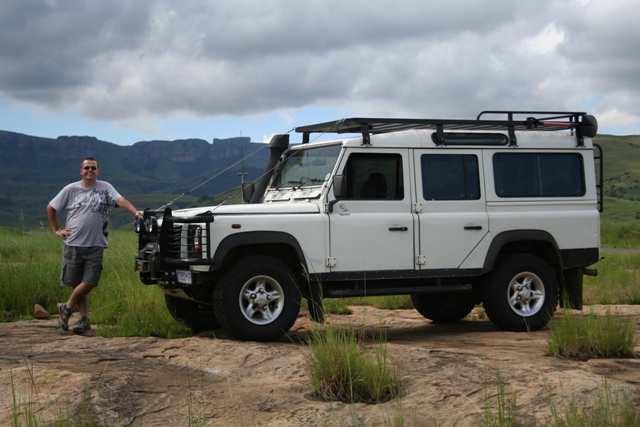 MLRHAS: How did your passion for Land Rovers start?
PM: I have always loved Landies since I was very young – just had that look of adventure and was also a big fan of the Camel Trophy and the G4 Challenge…..

MLRHAS: How many Land Rovers have you owned?
PM: 1 so far….

MLRHAS: Do your Land Rovers have a name? If so, what is the name?
PM: Ndlovu (Elephant)

MLRHAS: What is your most memorable Land Rover moment?
PM: Our first road trip to Swaziland – what an experience!! We visited Mlilwane and Hlane and fell in love with the country and our Landy!!

MLRHAS: What is your favourite accessory on your Land Rover and why?
PM: The bullbar-so versatile and you can use it from a place to sit to dry clothes etc etc etc

MLRHAS: Complete the sentence: My Land Rover has a Soul because…
PM: whenever I get in we are ready for an adventure whether it is the bush or rush hour traffic to Sandton……