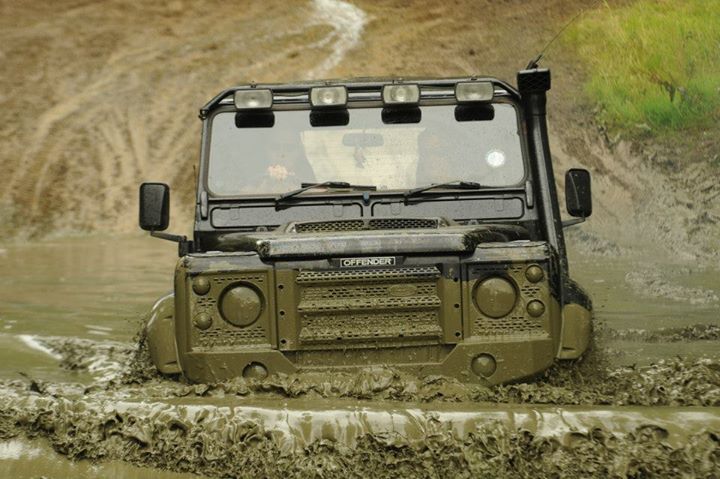 MLRHAS: How did your passion for Land Rovers start?
RP: My brother lent me his standard vantop 90 when I moved to Scotland telling me I’d “need a proper car” if I was moving up there!

MLRHAS: What was the first Land Rover you owned?
RP: First I OWNED was a Silver van top 90 200tdi

MLRHAS: How many Land Rovers have you owned?
RP: 4

MLRHAS: Do your Land Rovers have a name? If so, what is the name?
RP: My beloved now does, Artemis

MLRHAS: What is your most memorable Land Rover moment?
RP: Sadly the day I wrote her off in a collision with a transit. But we bought her back and rebuilt her. She is now bigger and better than ever. I’ve also had some great times in her off roading and green laning in Scotland and Wales. We also did a “photo shoot” for a charity calender for “Mud Monsters” that was certainly a memorable day!

MLRHAS: What is your favourite accessory on your Land Rover and why?
RP: So many! The electric seats we fitted is an absolute god send in winter! The roof tent is always good fun absolutely loving it this summer. She also sports Rage Rover and Offender badges with the addition of Rage Edition airbrushed on the back – always gets
attention! She looks mean and I love it. A friend even said the other day “thats the meanest looking land rover I’ve ever seen, you expect some big bloke with tattos to drive it not some skinny blonde bird!”

MLRHAS: Complete the sentence: My Land Rover has a Soul because…
RP: She protected me when she squared up to a transit on the wrong side of the road. She save my life, so we saved her right back. She’ll never be sold.