Warning: fopen(/home/domains/vol1/607/1552607/user/htdocs/wp-content/uploads/wpcf7_uploads/.htaccess): failed to open stream: No such file or directory in /home/customer/www/mylandroverhasasoul.com/public_html/wp-content/plugins/contact-form-7/includes/file.php on line 247
 Richard Botes – Centurion – South Africa | My Land Rover has a Soul - A Land Rover Book 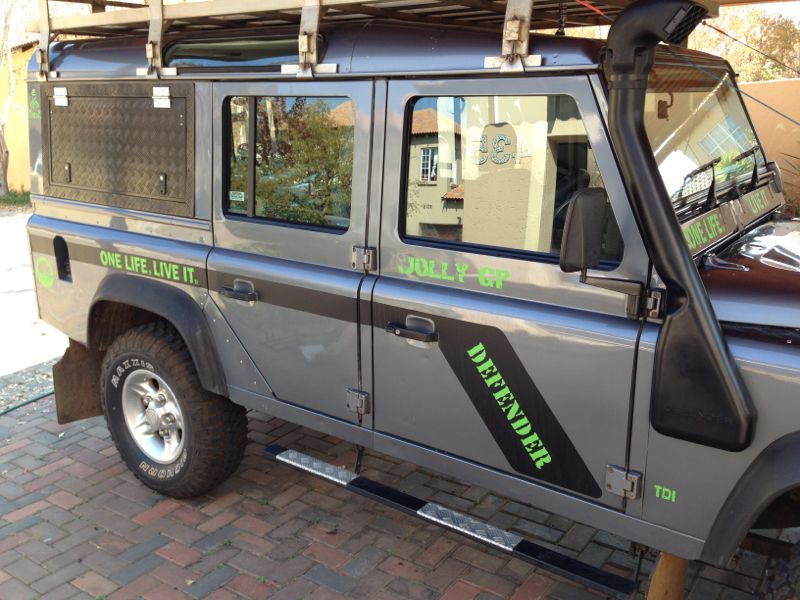 MLRHAS: How did your passion for Land Rovers start?
RB: I met a few Landy owners on a trail. We started chatting and less than 2 months later I bought my Defender. I call it “groepsdruk”…

MLRHAS: How many Land Rovers have you owned?
RB: 2

MLRHAS: Do your Land Rovers have a name? If so, what is the name?
RB: Defender is called Winston. As British as can be!

MLRHAS: What is your most memorable Land Rover moment?
RB: Taking Winston on his first maiden trail.

MLRHAS: What is your favourite accessory on your Land Rover and why?
RB: My custom side steps. They fold away as soon as I go over something.!

MLRHAS: Complete the sentence: My Land Rover has a Soul because…
RB: he is part of my life.