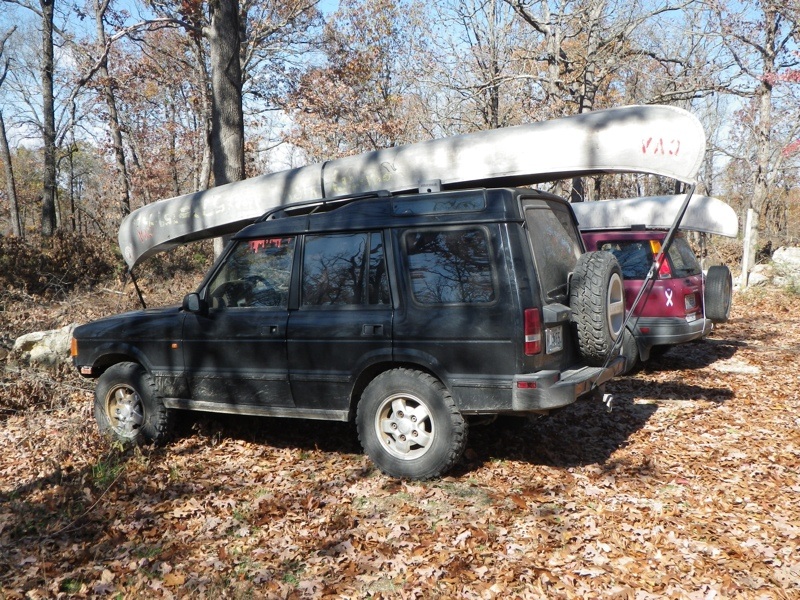 MLRHAS: How did your passion for Land Rovers start?
RE: Grew up watching Camel Trophy videos and any safari videos I could find. At the time I didn’t know they were Diesel engines and I would not be able to get one in the states.

MLRHAS: What was the first Land Rover you owned?
RE: 1995 Land Rover Discovery

MLRHAS: How many Land Rovers have you owned?
RE: 1

MLRHAS: Do your Land Rovers have a name? If so, what is the name?
RE: Her name is “Nellie Belle”

MLRHAS: What is your most memorable Land Rover moment?
RE: I’ve only had it for 1 year, but I was off roading in Kentucky following several heavily modified jeeps. After climbing several technical trails and making it through, several of the jeep owners said they were surprised and very impressed that I was able to keep up with them. I don’t even think I spun a tire following them.

MLRHAS: What is your favourite accessory on your Land Rover and why?
RE: So far, the new mud tires.

MLRHAS: Complete the sentence: My Land Rover has a Soul because…
RE: Even though she is 1 of many other Land Rovers, there is no other like
her.