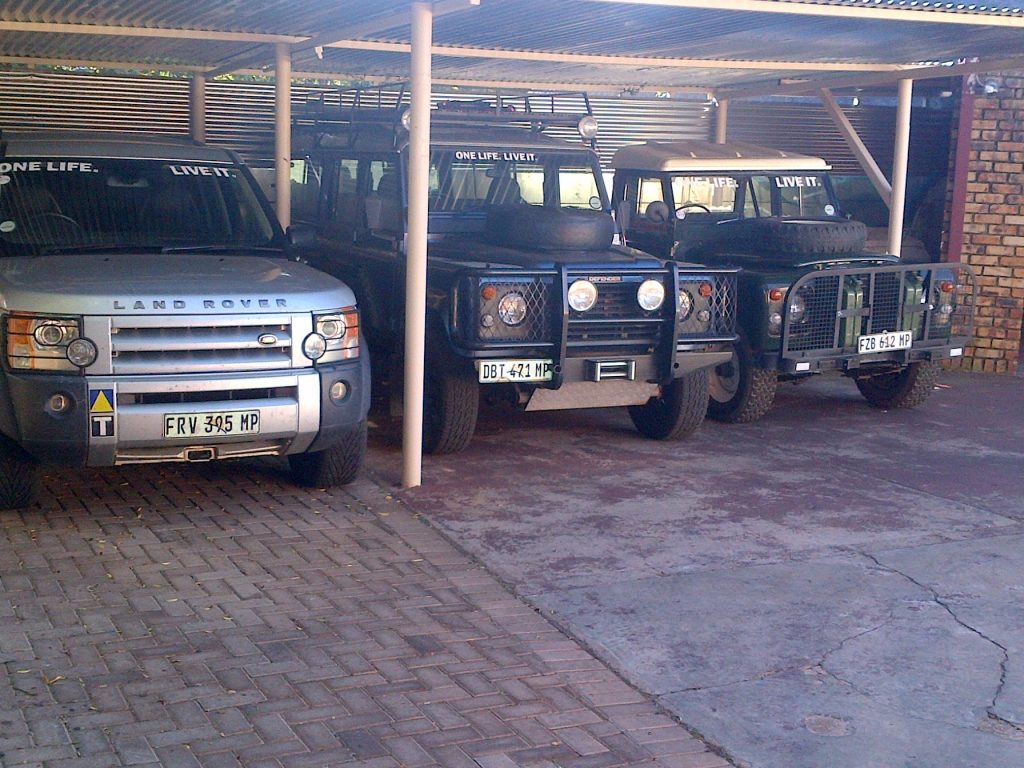 MLRHAS: How did your passion for Land Rovers start?
RH: Always wanted a Series as we drove it in the army.I bought my first Disco1 tdi and just fell in love with the car, then a series 2a 88 was added, then a defender td5, sold the defender and series, then bought a 110 ldv, sold the lot and got myself a Disco2 v8, bought a freelander additional. then sold the lot and bought a Disco3 tdv6se, then added a freelander again and a series2a i bought from Ivan Sonnekus, modified to a ldv, then got two more v8 defenders. so SWAMBO said the ladies is taking over in the yard and we must make plan for my daughter to go to varsity, so there they went, stuck with my Disco3 only, but i am looking again as the time has come for the Disco3 to get a buddy.

MLRHAS: What was the first Land Rover you owned?
RH: Discovery 1 tdi

MLRHAS: How many Land Rovers have you owned?
RH: 11

MLRHAS: Do your Land Rovers have a name? If so, what is the name?
RH: Awesome

MLRHAS: What is your most memorable Land Rover moment?
RH: Owning the ones I did each had its own moments and memories. maybe the one was the day when I i drove into the Landy Fest at 2013 with my friends 4 of us and my Series2a ldv at the back, the feeling of belonging and proud to be a member of such a awesome community and brother hood of friends that share the love of a brand that actually HAS A Soul, not just a engine.

MLRHAS: What is your favourite accessory on your Land Rover and why?
RH: The low range, diff locks, still need a winch. The diff lock and low range can get me into places and situations only a friend and winch can assist. Then the friendship and togetherness really shines.

MLRHAS: Complete the sentence: My Land Rover has a Soul because…
RH: it is not just a car , it is a companion and a lifestyle.