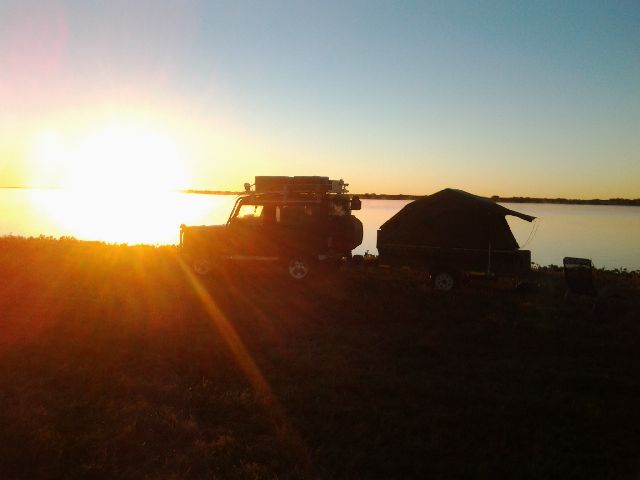 MLRHAS: What was the first Land Rover you owned?
SNVN: Series 2a

MLRHAS: Do your Land Rovers have a name? If so, what is the name?
SNVN: Sitnievasnie

MLRHAS: What is your most memorable Land Rover moment?
SNVN: LONG AGO?
Too late to get through the gap between Vidal & Sordwana, slept on the
beach.Woke up, made coffee, watched the dolphins playing in the breaker’s
right in front of us. “Us” needs to be un-packed. Me and my soon to be fostered son who was 14 at the time.

RECENTLY?
When a huge pile of ground, the same size as planet earth suddenly
dumped itself on my driver’s side.

Had nothing to do with me rolling over on my side…..

MLRHAS: What is your favourite accessory on your Land Rover and why?
SNVN: My Vice.
1) One hell of a conversation piece
2) The most used accessory on the vehicle… After all it is a
Landrover you know…Needs lot’s of fixing & tweeking
3) No really, fundamental of fixing, If you can’t hold it you can’t
fix it. I’ve used it time and time again

MLRHAS: Complete the sentence: My Land Rover has a Soul because…
SNVN: It’s like me, cranky / idiosyncratic / qwerky / and reliable