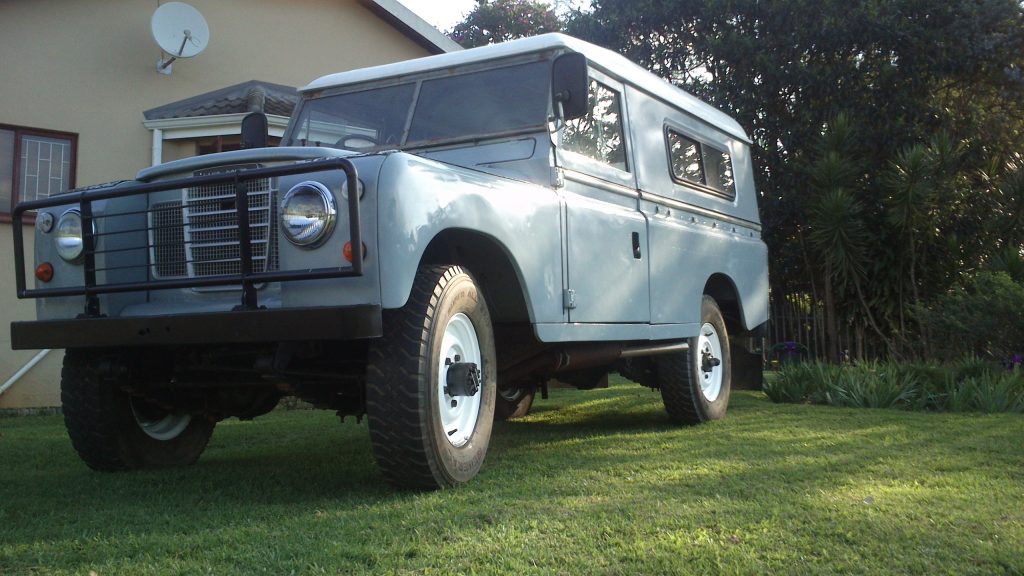 MLRHAS: How did your passion for Land Rovers start?
SD: My best friend’s father is a landy owner and i’ve always thought they were super cool! A couple of years ago i started dreaming of what my first car would be and decided it had to be a landy.. And so began the searching on gumtree and looking in newspapers untill eventually after a couple of fruitless attempts we met a guy who knew another guy who was fixing his mates old series iiA in his back yard somewhere near kamberg and decided to have a look. We did and a week later my father, my friend and myself loaded up into his defender 110 with car trailer in toe and headed up to kamberg to tow him home.

MLRHAS: What was the first Land Rover you owned?
SD: Series iiA ‘Bugeye’

MLRHAS: How many Land Rovers have you owned?
SD: 1

MLRHAS: Do your Land Rovers have a name? If so, what is the name?
SD: Obelix

MLRHAS: What is your most memorable Land Rover moment?
SD: Our landy isn’t quite ready to hit the road just yet as there are still a few niggles with getting him licensed… But my father and i have had the greatest time stripping him down to almost bare bones and sticking him back together, getting frustrated over trying to figure out which spanner is the right size and how on earth all the conversions that the previous owner put in him actually work.

MLRHAS: What is your favourite accessory on your Land Rover and why?
SD: Apart from the the mechanical mods everything is pretty much stock standard but the mods that have been done include a chev 4100 with a massive double barrel weber carb to drink as much fuel as it possibly can! Disc breaks on the front wheels taken from a vw jetta and power steering from an old bmw. But my favourite has to be the break booster taken from a forward control! and an overdrive which (correct me if I’m wrong) ends up making it a 22 speed vehicle!

MLRHAS: Complete the sentence: My Land Rover has a Soul because…
SD: we’ve put our heart into him!