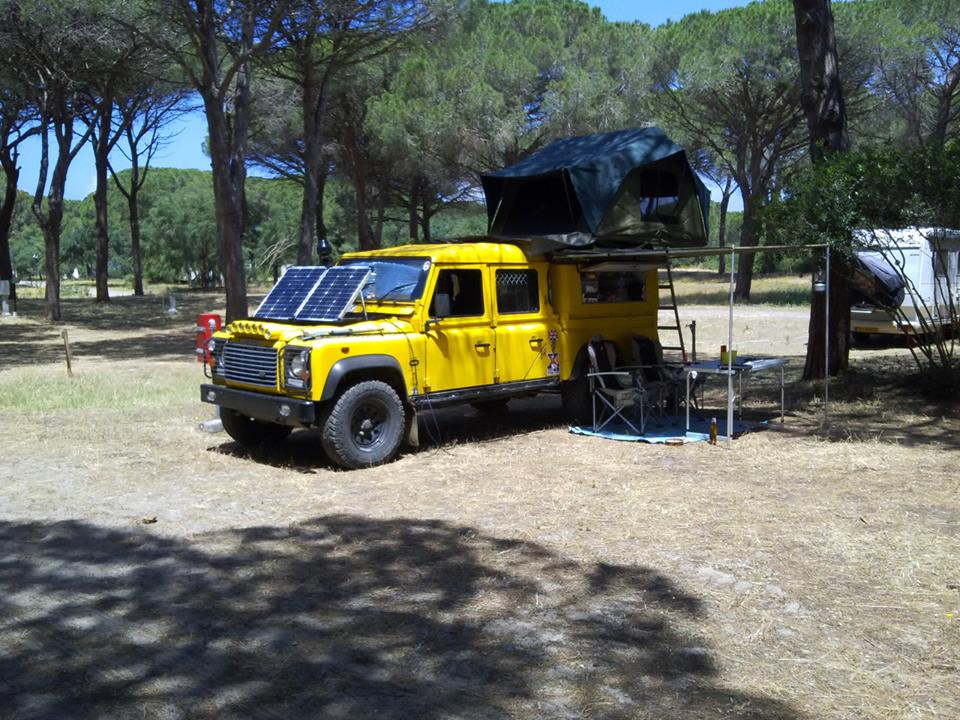 MLRHAS: How did your passion for Land Rovers start?
TJN: Got into them while looking after my sisters 90. Then got our own 90
followed by our 130 defender that is now a fully equiped Overland
Vehicle.

MLRHAS: How many Land Rovers have you owned?
TJN: 3

MLRHAS: Do your Land Rovers have a name? If so, what is the name?
TJN: Big Piglet for the 130

MLRHAS: What is your most memorable Land Rover moment?
TJN: We have just returned from 5 months travelling around europe in the 130 and it was amazing. Sardinia was fantastic for off road driving.

MLRHAS: What is your favourite accessory on your Land Rover and why?
TJN: We have a truma hot water boiler for on board hot showers and for washing up. Also we have converted the rear of the double cab to have an extenive amount of storage.

MLRHAS: Complete the sentence: My Land Rover has a Soul because…
TJN: it never ceases to amaze me.