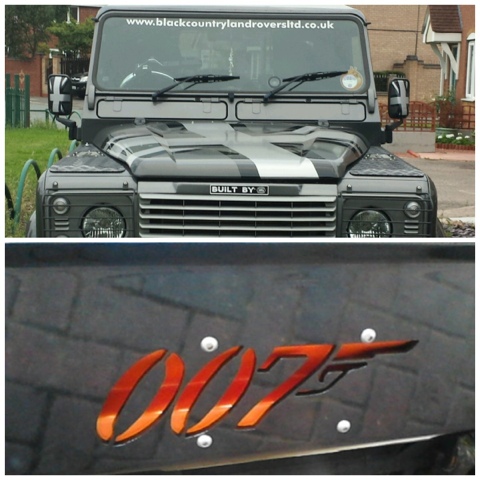 MLRHAS: How did your passion for Land Rovers start?
TB: My husband convinced me to have a drive in his defender 90 TD5 and he drove them throughout his Army career. My brother has his own business building them so I’m sort of surrounded by them and now I’ve loads of friends because of Landy’s

MLRHAS: What was the first Land Rover you owned?
TB: Defender 90 TD5

MLRHAS: How many Land Rovers have you owned?
TB: This one is my first

MLRHAS: Do your Land Rovers have a name? If so, what is the name?
TB: Skyfall

MLRHAS: What is your most memorable Land Rover moment?
TB: Driving it for the first time after my brother built it, I was so in love with it I had tears in my eyes driving lol

MLRHAS: What is your favourite accessory on your Land Rover and why?
TB: Definitely my bash plate, my brother cut the 007 logo into it with a jigsaw it took all day and many blades.

MLRHAS: Complete the sentence: My Land Rover has a Soul because…
TB: he’s my Chitty Chitty Bang Bang